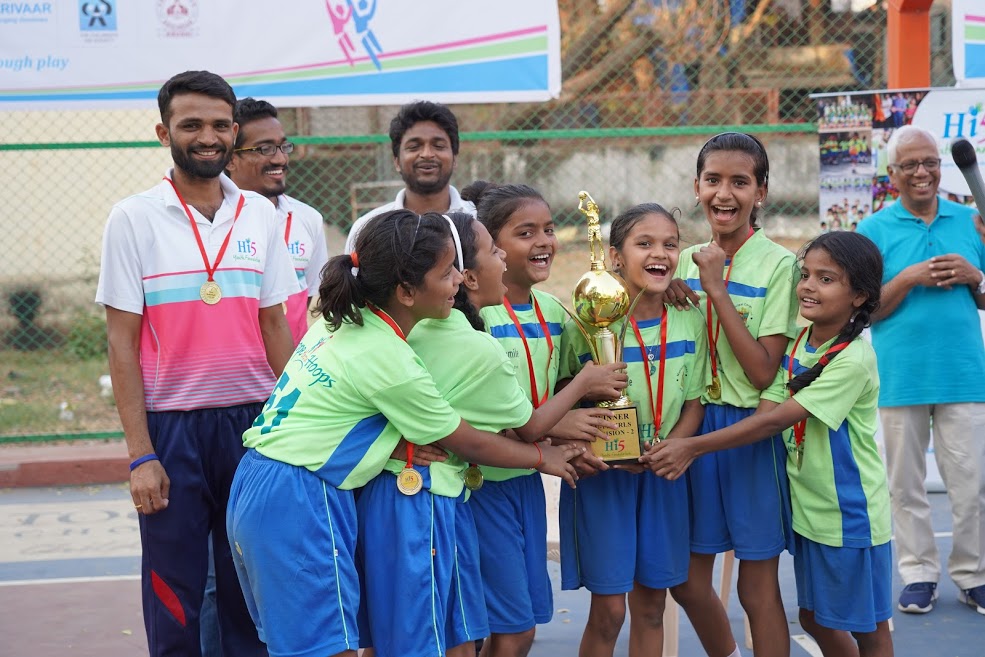 At some point, we all have heard of someone who took a chance and chased his dreams. Akash Waghmare’s personal journey of becoming a basketball coach is an insight on how to follow your heart.

Behind his fun-loving nature is a philosopher in plain sight. Not surprising then, that his favourite sportsperson is an unusual choice – the legendary hockey player Major Dhyan Chand, whose birthday is celebrated every year as National Sports Day in India. Inspired by the dedication and loyalty of this former army Major who won against Hitler’s Germany team in the 1936 Olympics, Akash firmly believes that there is no one, nor will there ever be, a sportsperson like Dhyan Chand. 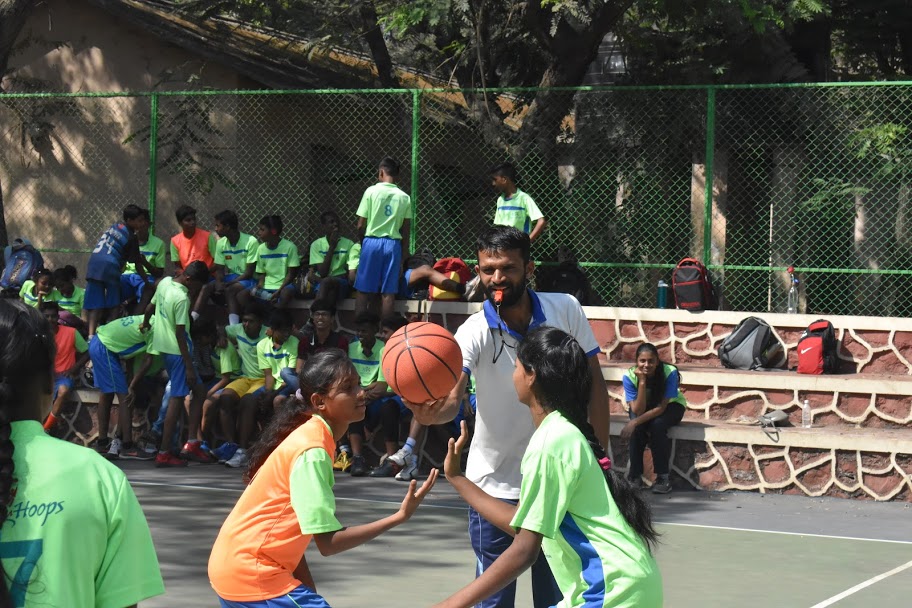 Coming from a small town near Latur district, with 50-year-old basketball courts that have produced grass-root level players, Akash has been playing the sport since his 7th grade. After completing his mechanical engineering from Pune in 2015, when he heard about a basketball coaching institute called Jumpball from his friend in Mumbai, he began coaching, initially only for a few months, while also pursuing further education. But as they say, life happens when we are busy making other plans!

Few months turned into 1.5 years and in August 2016 he joined Hi 5 Youth Foundation at the Baradevi Municipal School centre. In 2015, fearing the disapproval of his family, he had told them he was working as an engineer. But soon enough, in 2016 when he joined Hi 5, he knew the time had come to confess to his parents that he wanted to coach basketball instead of doing an engineer’s job. In a comic twist, his father was actually supportive and said if you think this will make you happy, go ahead do what you want! 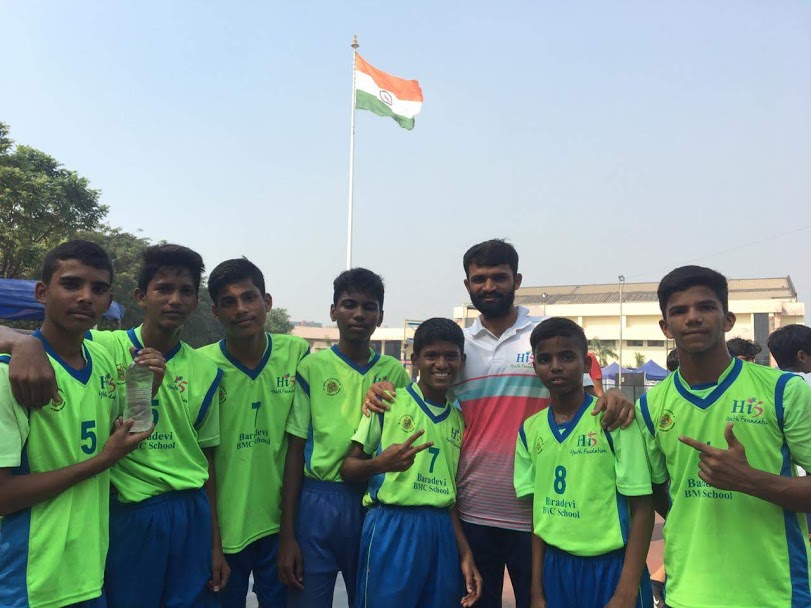 After that, there was no looking back for Akash. From a shy graduate entering the world of basketball coaching in 2015, to being selected to attend the first ever NBA India Games in 2019 – life has come a long way. He says, “I suddenly realize how lucky I was, to be invited to such a huge event. Friends back home in my village were so impressed that I was able to go for it.”

Through his years at Hi 5, his bond with the children has only deepened and has managed to inspire many more children to join the program. He has the knack of tweaking his coaching style to the requirements of the children at his centres. “When I coach the children at the Chembur Children’s Home (an orphanage), I have to be more sensitive to their needs as they are more rebellious and unrestrained, but also far more in need of love, care and attention”. It brings him great joy to see that the girls have gone from shy to bold and fearless thanks to basketball. Their confidence has spilled onto other aspects of their education such as in the classroom and extra-curricular activities like dance and drama.

He can still recall the first win of the under-12 boys’ team of his centre at the Vibgyor Kharghar tournament in 2018. “In February 2020, my Baradevi centre team was in the top 3 positions at multiple tournaments” he says with pride. Seeing his hard work translate into a winning moment remains his cherished memory.

At any tournament, Akash is the stern but jovial one – the coach who stands for no nonsense during practice or matches, but breaks into a dance the moment the match is over, to celebrate wins with the children. In December 2019 when Hi 5 launched its new centre at Gaikwad Municipal School, Akash was thrilled at the chance of being able to shape the basic foundation of the children from the beginning itself. He also steps up and takes additional responsibilities like chaperoning the children to out-station tournaments at Nasik and Malegaon. 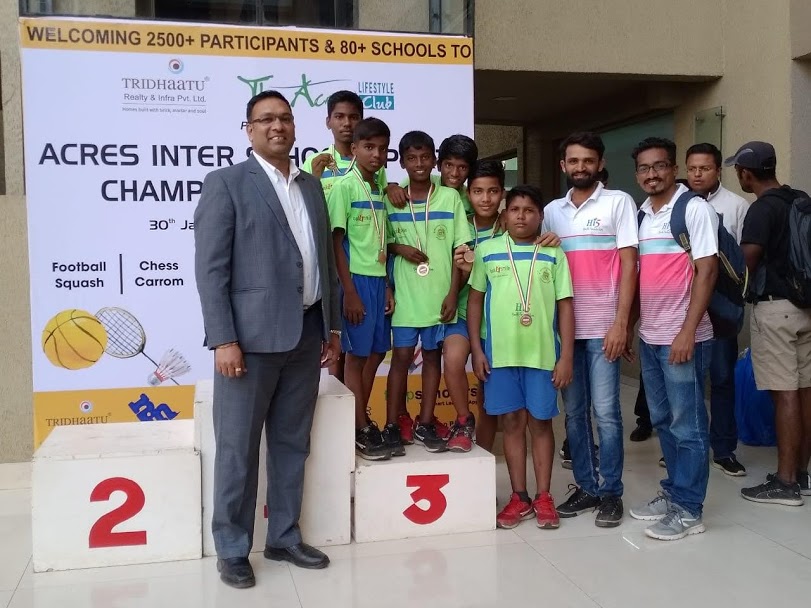 His coaching style inspires true confidence and trust in the children and helps in their self-esteem in these crucial years. The tenets he adheres to as a basketball coach are very simple – professionalism, punctuality and most importantly, the ability to be open to learning. He says, “When I look at my students like Kalpesh who is a perfectionist, or Karan who has sincerity & leadership qualities and balances studies along with helping his father sell incense sticks after school – I become a student and get inspired all over again.”

He says, “Some of the children face harsh problems at home and I always tell them that only you can change your destiny. Work hard and rise up to the occasion. I hope that if they ever run into me as adults they remember that I tried my best and respect me for the change I tried to create.”

The world may have countless engineers, but for the children at his centres – there is only one ‘Akash Sir’ they look out for and for this reason alone, changing his career in life was a risk worth taking.

Some of the children face harsh problems at home and I always tell them that only you can change your destiny. Work hard and rise up to the occasion. I hope that if they ever run into me as adults they remember that I tried my best and respect me for the change I tried to create.
Akash Waghmare