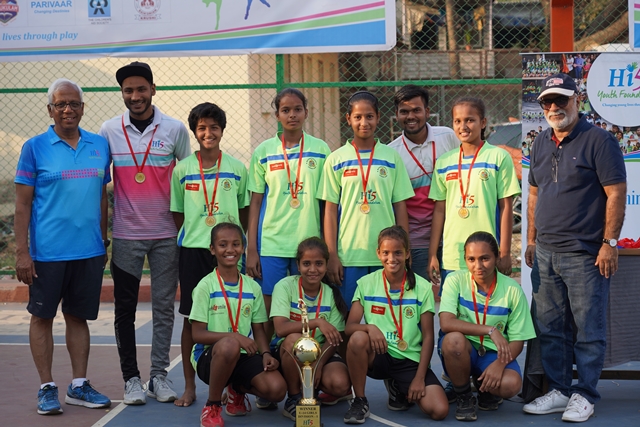 In a country where girls find it tough to access education and even tougher to play sports without barriers, Hi 5’s coach Arafaat Memon is that rare force, empowering young girls through basketball & life-skills.

Growing up as a basketball player in Mumbai’s Nagpada area (known for its rich basketball history), Arafaat joined Hi 5 Youth Foundation as a coach in 2016. From the hospitality & sales industry, to becoming a revered basketball coach to hundreds of children at Hi 5’s Goregaon East MPS centre program – it has been quite a journey for him!

In four years, Arafaat’s determination and grit reflects in the children he coaches. Talking about his centre, he recounts with pride, “There was a particular tournament match in 2017, where my team of girls from the Goregaon East MPS centre lost with more than 40 points, against Rustomjee International School. I can never forget that moment when, in the 2019 SFA Tournament finals, my team played against the same opponents and won the finals!” 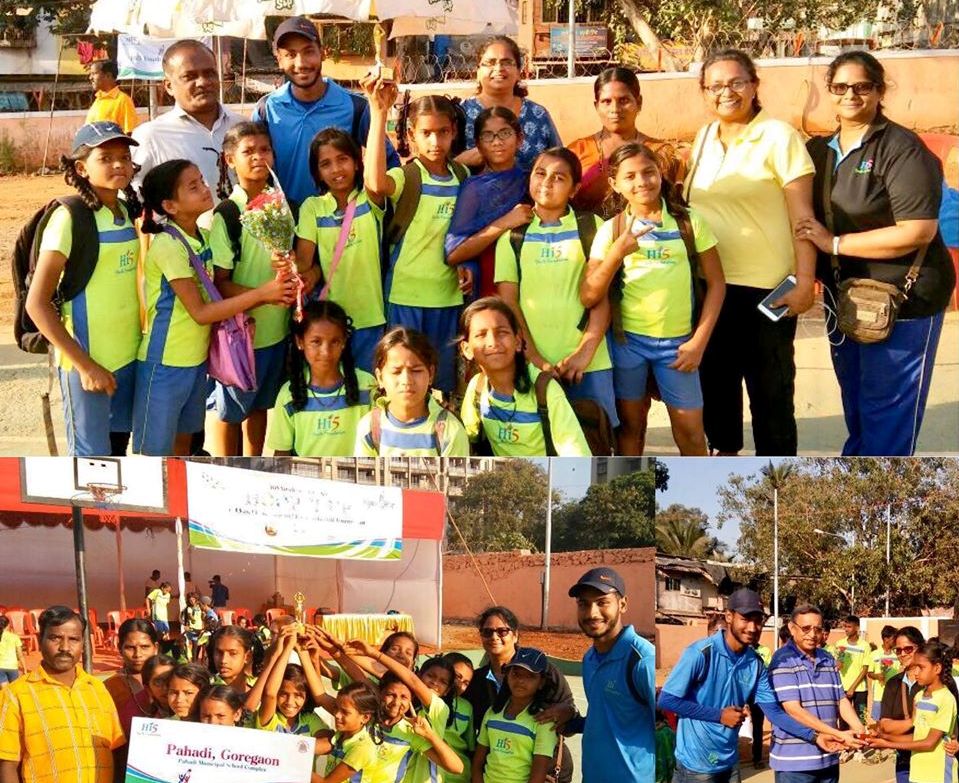 This proved to be a turning point for the team at the ‘Pahadi’ centre (as it is informally called). Soon, the children started taking sports even more seriously and began practicing with a new-found discipline. They have now gone on to State Level trials and out-station tournaments as well, which gives them a lot of exposure to competition in the sport. In fact, his Pahadi team was the underdog, which tirelessly dominated tournaments held in 2019-2020. But they have not let their success go to their head and continue to quietly focus on bettering their game.

With a calm and balanced temperament, Arafat sets the right example for the children. “I make sure I don’t lose my cool, especially during matches. The children need to be aware and see us composed at all times.” With a wisdom befitting that of a true coach he says, “We never know what these children may be going through and sometimes they have difficult things happening on the home front. As coaches, we need to be alert and compassionate towards them at all times.”

Going beyond the role of a typical coach, his help extends beyond just basketball. Children in his centre are beginning to do better in studies as well because he takes special interest in their education and makes them study in-between practice sessions. On many occasions, Arafaat has himself has treated the children to outings or ordered pizzas for the entire team to celebrate wins. 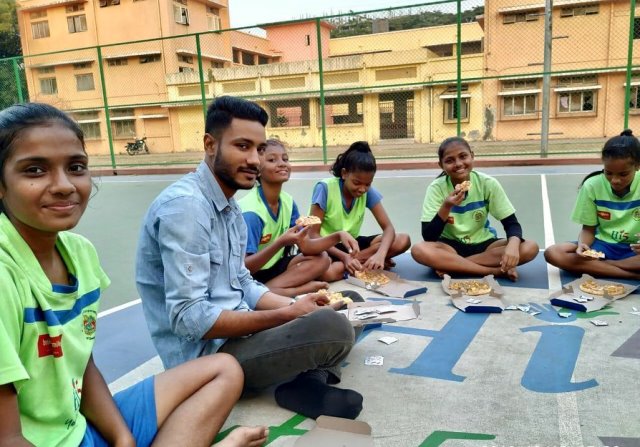 Regardless of his own personal ups and downs, Arafaat pushes the children to face their limitations and exceed their own expectations. Like a trooper, he helps these children become stronger physically, mentally and emotionally, even when, at times, storms may be brewing in their lives. A big part of his coaching involves teaching the children how to positively deal with failures, to seize opportunities and to focus on becoming winners in life.

Besides being a coach, he is also a friend & confidante of the children and shares his own experiences to motivate them. Once, when he found out that one of the girls was sent back to her village in Uttar Pradesh (because her father died and relatives were very orthodox about letting her stay in the city), he went to the child’s house and fought for her right to come back to Mumbai and study as well as play basketball. His dedication towards empowering the girls he coaches is admirable. 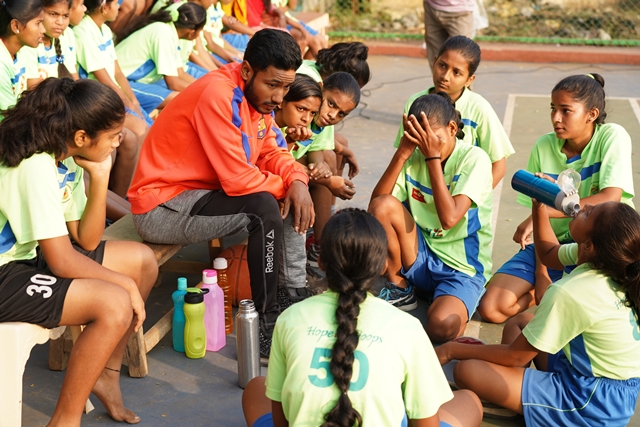 At any tournament, a constant visual is that of the children comfortably chatting or joking with him in rapt attention. Talking about this informal fan club, he smiles and confesses, “I haven’t done my B.Ed, and I’m not a professional teacher. But the love and respect of hundreds of these kids who know me and respectfully call me Sir – this is something I never thought would happen to me in my life!” Arafaat has just one simple philosophy – to make the children unstoppable achievers. He hopes that, some day in the future, when great things happen to these children, they remember him and how he did his best to lead them.

As for the present, one look at his team and you can tell – the daring basketball-playing girls on the court today are going to be the fearless women of tomorrow.

I haven’t done my B.Ed, and I’m not a professional teacher. But the love and respect of hundreds of these kids who know me and respectfully call me Sir – this is something I never thought would happen to me in my life
Arafaat Memon