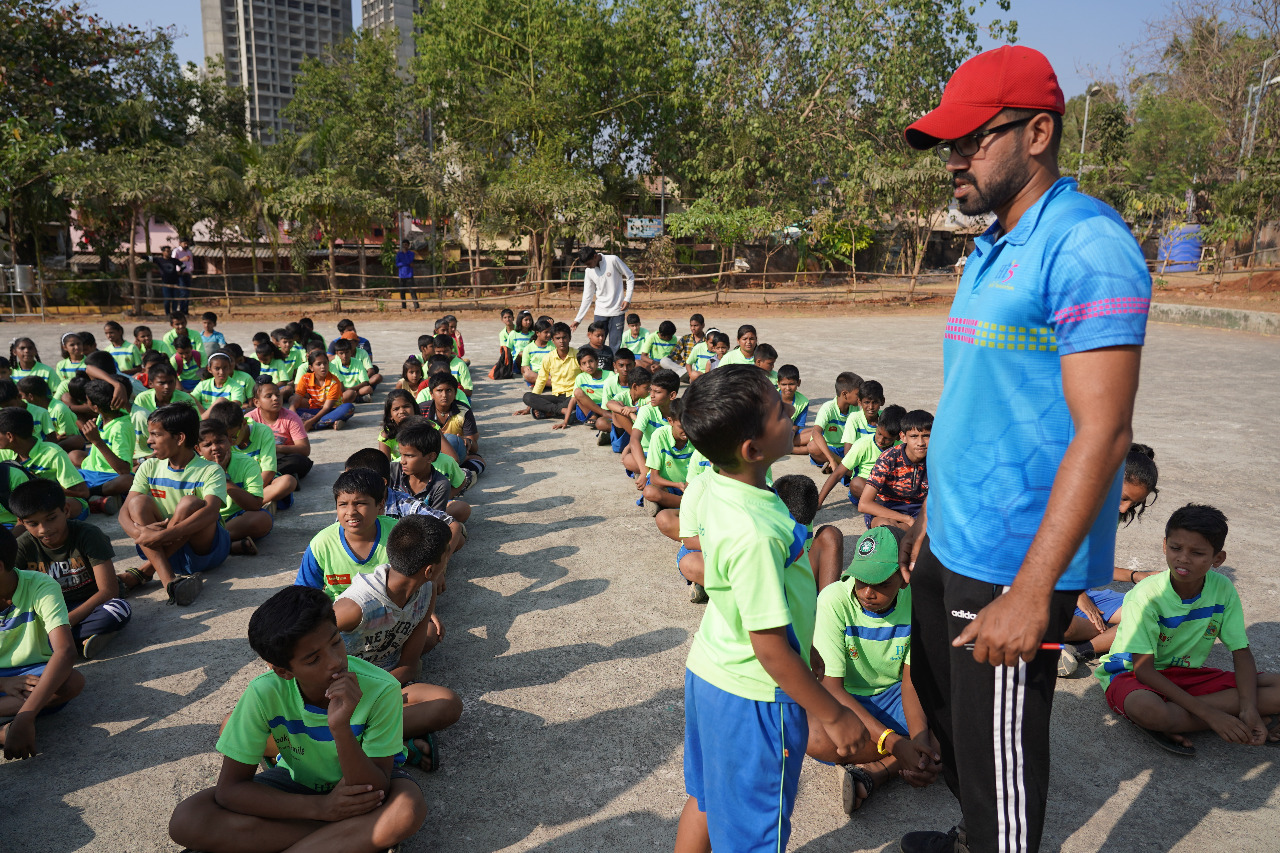 Talking about his favourite basketball player of all time with reverence (no guesses there – Michael Jordan!), Kevin Francis says “He’s missed 9000 shots and had a rough path to success. His story and struggle proves that it’s not about how many shots you miss, but how much you can succeed after that failure.”

An affable and much-loved coach at Hi 5 Youth Foundation, Kevin was also one of the first to join Hi 5. In times when loyalty is tough to find, Kevin is into his 5th year with the organization and the responsibilities taken up by him have increased two-fold.

While working in his father’s business in September 2015, he heard about Hi 5 through Mr.Rameshwar Lohe (the Sr. Supervisor Physical Instructor at MCGM). “I felt, here’s a cool new organization doing something different in the basketball circuit. The vision of the founders was great and I knew that if we do this right, the organization would take off to spectacular heights.” says Kevin. 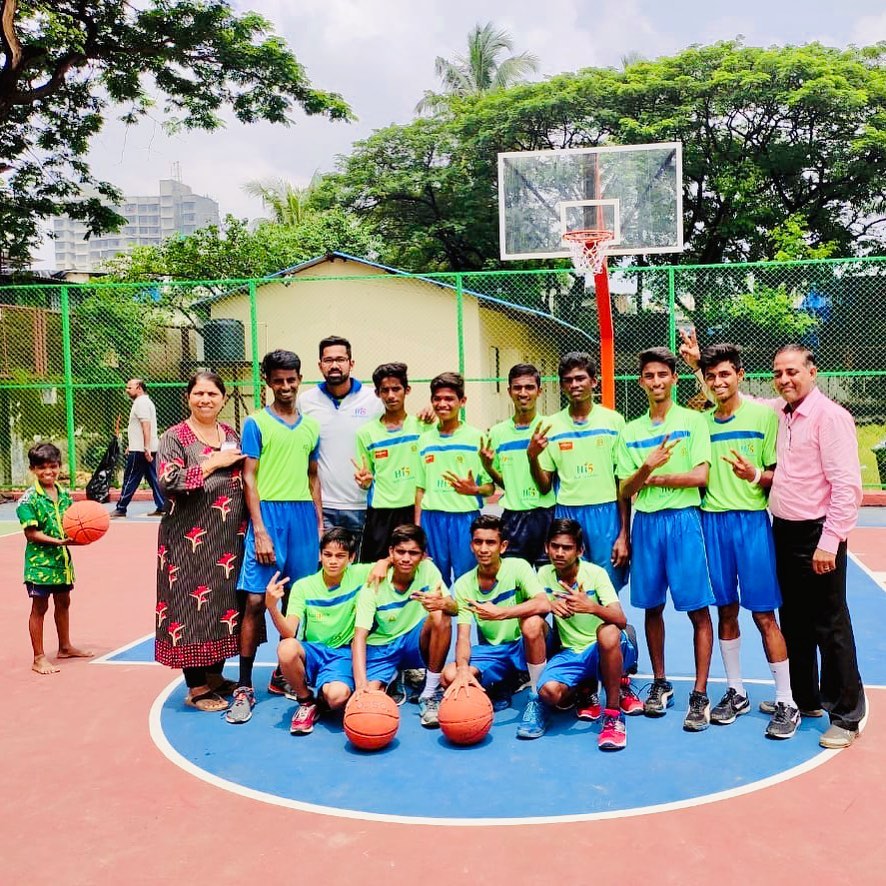 witnessed it all – from having update meetings at the local CCD or mall (where the team would meet up once a week) – to now conducting the coach-training process at the Hi 5 office in a high-rise glass building in the suburbs of Mumbai – as part of a multi-city phenomenon. From patience with the children to the famous monsoons of Mumbai many-a-times basketball had to be taught indoors. Apart from their self-confidence, he has seen the children becoming leaders in their own lives.

“The girls used to be so shy! They would stand in the corner quietly. Now they’re bold – standing up and speaking up for the right things in life. Infact, I noticed that girls are tougher on the inside and have a stronger drive to succeed than boys sometimes!”

Kevin is like an older brother who guides them in the right approach to life, as well as someone they can open up to without hesitation. He wants to inculcate lifelong values in them that will hopefully lead to better choices in the future.

Kevin ensures that the children track their goals and get better each year. The senior children have a workbook where they write down their schedule, the number of shots taken, workouts etc. “One of the kids didn’t even realize he had come down from 80% to a 40% performance rate! Only when he looked at his workbook did he realize that his performance had greatly deteriorated and was reflecting in his game.”

All these children feel privileged to receive top notch basketball coaching from Hi 5. “I would say, if there are any limitations, it is financial worries about things like travel costs for practice, basic food at home. But in their hearts and minds, their hopes and dreams are limitless! They’re happy to get free shoes & jerseys from Hi 5, and dutifully take ownership of these things. They don’t complain and try to use their kit as much as they can, never taking it for granted.” 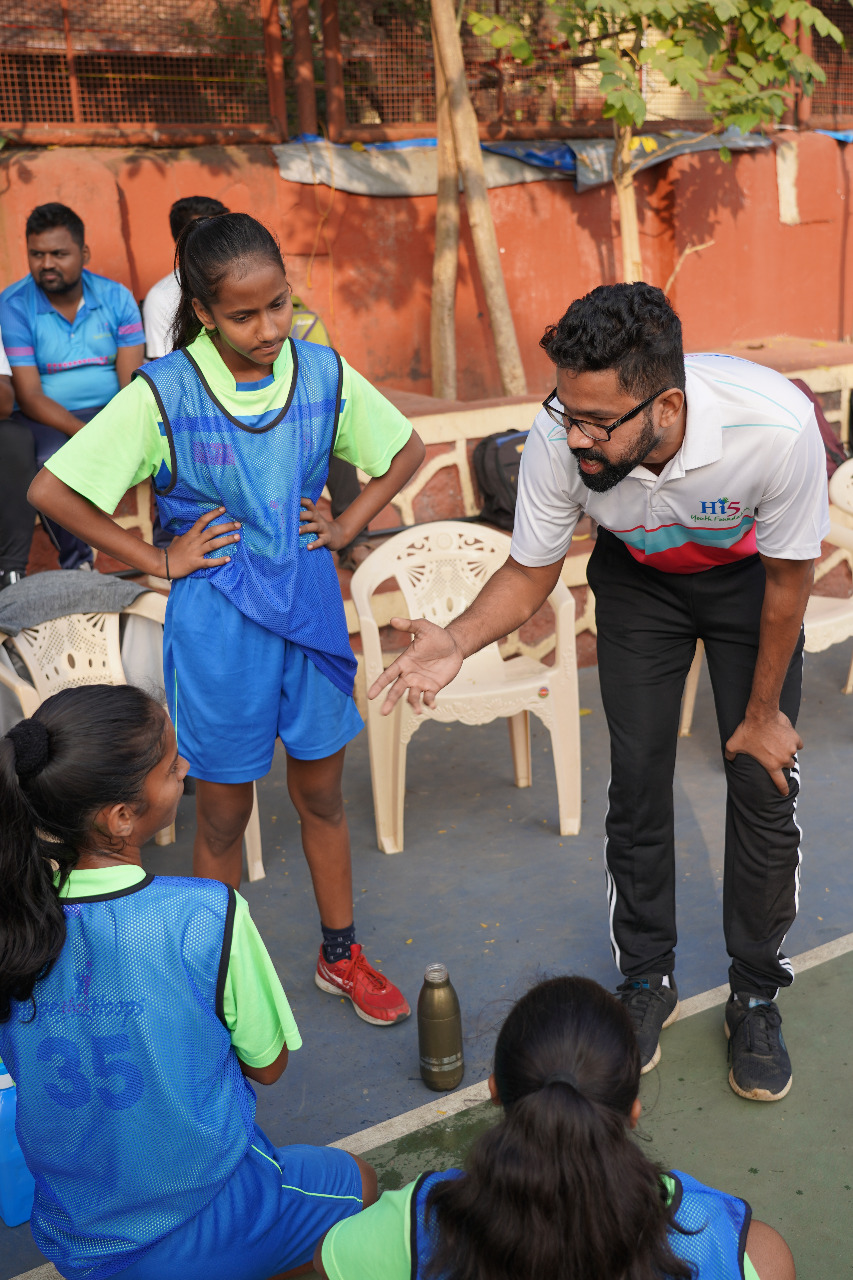 There are many stories he’s witnessed during his journey at Hi 5, each demonstrating the impact of the basketball program on the children’s lives. Like, one girl’s parents wanted her to learn tailoring and didn’t want her to continue playing basketball, even though she was one of the team’s best defense players. Kevin asked her mother – “If she changes her habits and studies hard to be a good student, will you let her play?” Within a month, his challenge paid off and she was allowed to come to practice, as her parents saw an improvement from the next day itself. Such is the power of sports to motivate children to give their best!

Most parents are regularly in touch with Kevin and sometimes call him simply to check up on their children so he can tell them to study, since he commands such respect and they listen to him.

In his free time, Kevin makes sure he spends time playing with his sons – Chris and the newly-born little one. He regularly surfs the web on his days off, to watch coaching videos, highlights of games on YouTube and to keep himself updated about the latest in the sport.

His dream is to help expand Hi 5, as well as coach a single team in Mumbai for years, so that he can have a more focused approach and manage their development over a longer period of time. He hopes that one day the children will look back and remember him not just as the best coach they had in their lives, but also as a good person and a good friend. “By living up to the expectation of the children, I’m hoping that along this journey I also end up becoming the best version of myself.” he concludes with a conviction, that makes one believe it would be his self-fulfilling prophesy in the years to come.

The girls used to be so shy! They would stand in the corner quietly. Now they’re bold – standing up and speaking up for the right things in life. Infact, I noticed that girls are tougher on the inside and have a stronger drive to succeed than boys sometimes!
Kevin Francis