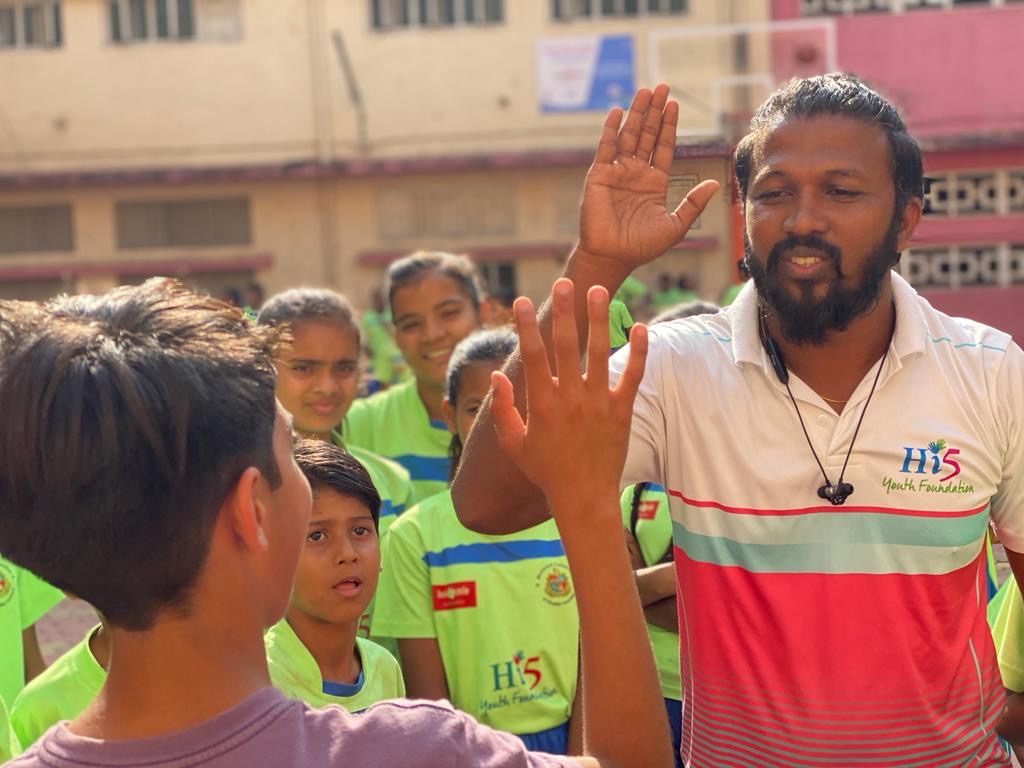 Hi 5 Youth Foundation found one of its most dedicated coaches, when Narayan Jadhav joined the team in 2015. Not surprising then, that he was also presented the Best Coach Trophy in 2019 at Hi 5!

Hailing from Nanded district in Maharashtra, ‘Naru’ (as he is popularly known), first started as a part-time coach at Hi 5’s St. Arnolds centre, when he was introduced to the organization by one of its founders, Mr. P. Ramaswamy. A professional player at Sports Authority of India from 2010-2014, he was always inclined towards guiding children in sports, education and life, ever since his days at the YMCA in Borivali and Andheri.

A strong figure in Mumbai’s coach community, Naru’s coaching speaks for itself when his teams win at various prestigious basketball tournaments in the state. Since 2016 he’s been coaching full-time at Hi 5’s Vile Parle East MPS centre, and this BMC school program has only got stronger. Thanks to the monumental support and backing of the school’s principal Rumana Godal, various Hi 5 initiatives are implemented for the betterment of the children in the program. Infact, it is not surprising that the BMC awarded her the title of Best Principal among Mumbai’s BMC schools! Her genuine help extends beyond the bare minimum and her enthusiasm for the basketball program is infectious! It is heartening to see that during her free time she herself plays basketball with the Hi 5 girls. 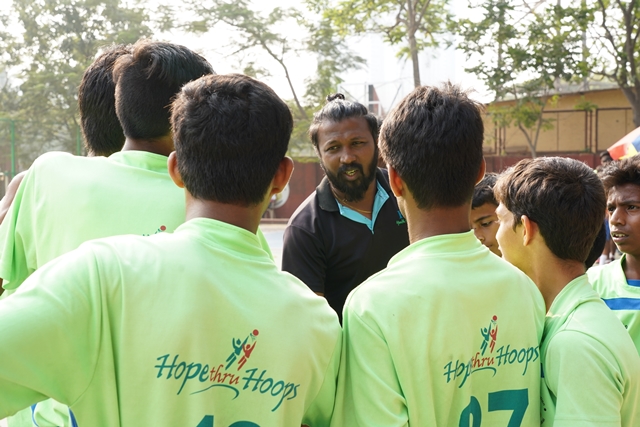 The children think of Naru as a role model and obey him not just during basketball sessions, but also about things like their daily routines and dietary habits. He confesses, “Being a part of Hi 5 has made me take a closer look at my own habits and behaviors, and change them. I think of myself as a student and learn much about life when I’m around the children and interacting with them. Tell me – how can I ask the children to eat and drink the right nutritional things, or become a better human being and not follow that advice myself? These children observe us as coaches and I cannot let them down.”

Like most things, there are challenges in coaching basketball as well. “Sometimes as coaches we have to insist that the children focus on studies as well, because already there is a stigma in our country that what will these children achieve with just playing sports? Sometimes there is also a lack of respect for the coaching profession as a whole. But it is all worth it in the end when these children get more confident in life and I can practically see the positive results.” explains Naru. The children in his program continue to win tournaments such as DSO and Jr. NBA, as well as excel in studies and many have won BMC scholarships for education.

“Compared to children from private or international schools, underprivileged children in local public schools need more support in their growing years to do well in life. Winning tournaments and giving them a chance to experience success is one of the ways that Hi 5 does just that.” 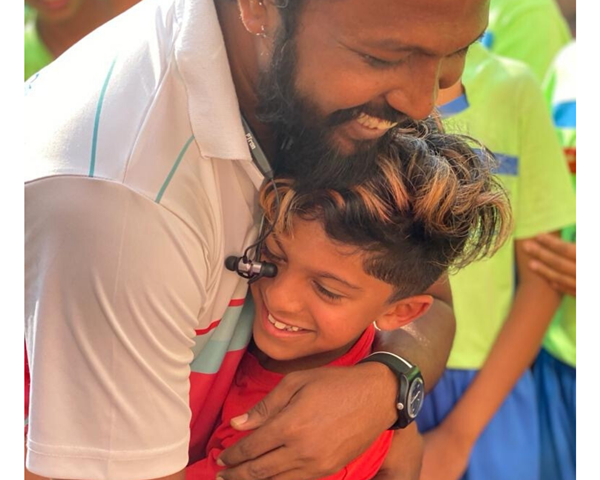 What are his major tenets as a coach? Naru promptly responds, “Knowledge about the sport, punctuality and most of all, the discipline to follow through”. In his sessions, he draws a direct correlation between present day hard work and future success. Visitors are always impressed by his coaching style. Shital (a visitor from the US who volunteered with her children last year), remarked that Naru’s basketball coaching standard is at par with professional coaches in the US.

Even with a new-born daughter, he gives his undivided attention during tournament season, and focused on the big picture – getting his teams to important trials, and eventually getting the talented players to represent the State and Nation. He firmly believes that a healthy competition between Hi 5’s various centres will help each child become a better player.

As a coach, Narayan has not only managed to raise the bar, he’s also building a lasting legacy by creating the top players of tomorrow. Before rushing to conduct his next session he smiles and signs off saying “I hope the children understand, that whether they remember me or not is not important. What is of utmost value is that everyone in the children’s lives – their parents, teachers, coaches and friends – see them as good players and good human beings.”

Compared to children from private or international schools, underprivileged children in local public schools need more support in their growing years to do well in life. Winning tournaments and giving them a chance to experience success is one of the ways that Hi 5 does just that.
Narayan Jadhav