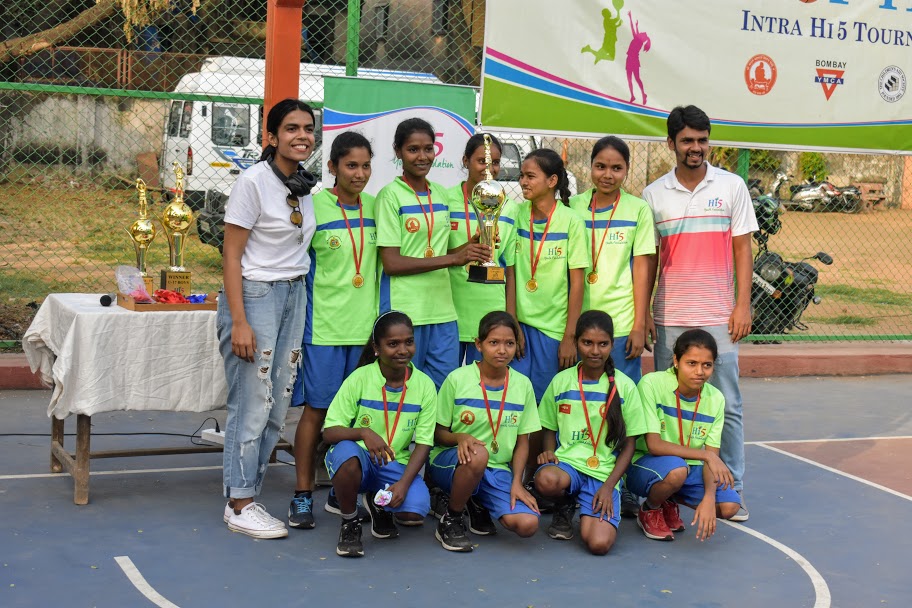 The word ‘Big Brother’ at Hi 5 Youth Foundation refers to Vignesh Iyer – one of its senior-most coaches and for a good reason too!

It was during his teenage years at Khalsa college that Vignesh became more serious about basketball, started following the NBA games & joined his college team (under coach P. Ramaswamy, also the co-founder of Hi 5). When asked about his favourite basketball player, pat comes the response, “Stephen Curry for sure! When I started watching the NBA as a kid, Curry had just been recruited. In just a few years, the man has exploded on the scene and changed the course of the game. Now 3-pointers are a powerful part of winning and Curry proved that having average height is no deterrent to being a game-changer in basketball.”

While in college, he coached part-time at an international school but was very disappointed with the attitude of entitled and undisciplined children, and left the job never wanting to re-enter the world of coaching again. In 2015, his coach P. Ramaswamy (or ‘Ramu sir’ as he is known at Hi5), approached him about a sports nonprofit for underprivileged children that he was starting with two other founders. Still reeling from this incident, after a couple of months of hesitation Vignesh decided to give it one last shot as a part-time coach for 3 days a week – just as the BMC school basketball program commenced in October 2015. “Suddenly, a whole new world of coaching opened up before my eyes. For the first time, I was working with disciplined children who were extremely eager to learn”. He coached at a variety of Hi 5’s centres such as those in Worli, Motilal Nagar, Unnat Nagar and Wadala municipal schools but the best was yet to come. 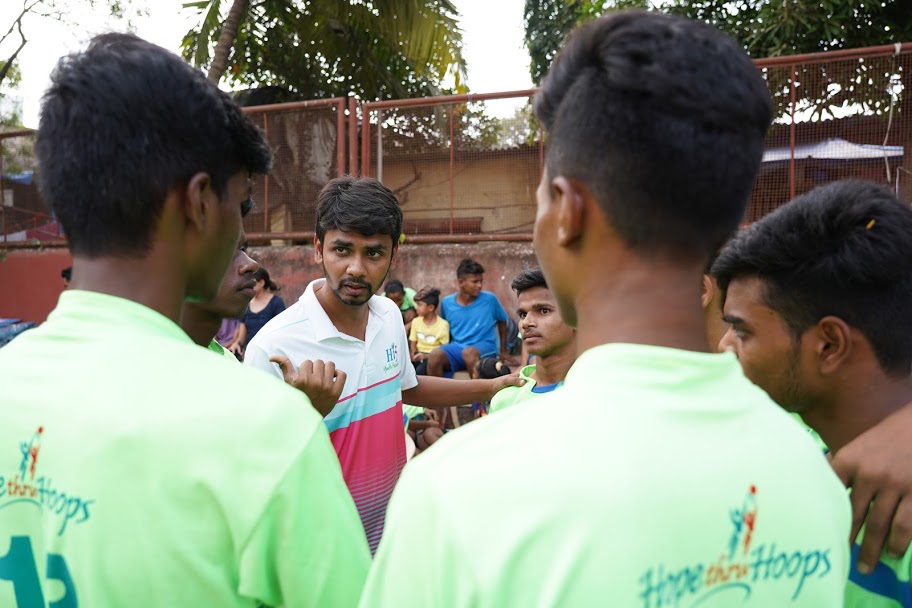 The following summer, few children at Hi 5’s tribal residential centre (in Gadge Maharaj Ashram School in Vajreshwari) got a chance to take part in the selection trials for the Raigad District’s basketball team. Vignesh volunteered to take them for this, and since a month was left for the tournament to take place, he decided to stay back in the tribal village at Vajreshwari and coach them himself. “This one month working with intensely dedicated and respectful children left me with a deep sense of joy, and when the resident basketball coach there quit, I knew I wanted to stay on at Vajreshwari”.

Looking back on that year he says, “As I stayed longer among the tribal children, I realized that after the 10th grade, there was really no existing path in place for their future. Infact, it was an unfair but predictable trajectory for their childhood to end in child marriage or child labor”. He knew if he didn’t take quick action, the basketballs in their hands would soon be replaced by bangles or bricks. Taking charge of this predicament, he spoke to the Hi 5 founders about the children’s aspirations to continue with their education. “Our team discovered many government schemes in place for tribal children to avail of, which most uneducated tribal families were unaware about. But that was the easy part – the research. The real ordeal was convincing these parents to let the children take advantage of these benefits.” 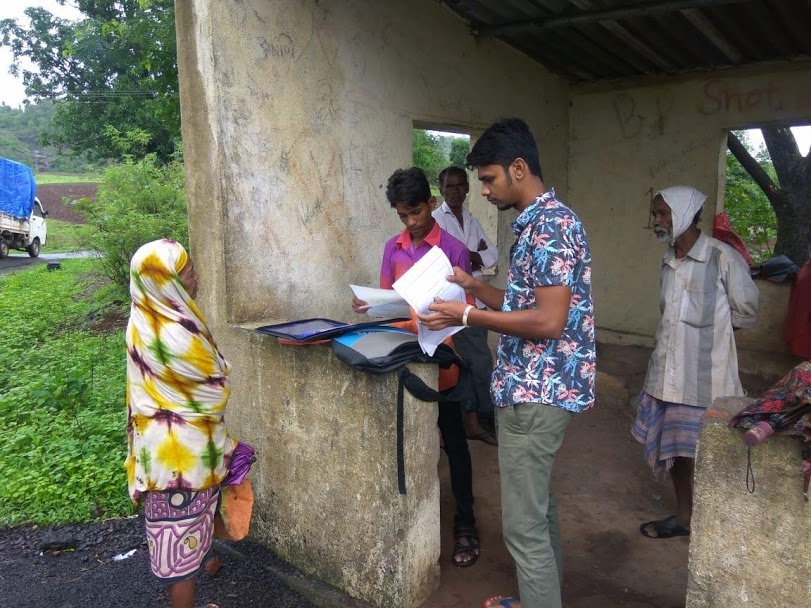 “Living in seclusion with a lack of exposure to the outside world, the lifestyle of these villagers is very simplistic – they farm for ten months of the year and grow rice & lentils for their own consumption. For the remaining two summer months, they go out for manual labor work which provides them the cash to use for the coming year. Most of the time they run out of money very quickly and struggle in extreme poverty thereafter. How do you explain to such parents the logic of letting their children study further in a faraway city?” says Vignesh.

The team knew that in such a close-knit community, for any parent to allow their child to pursue higher education, all parents would have to come onboard. But one girl’s parents didn’t want to send their daughter away. “Poonam is one of the best players in our program. She picked up the sport from scratch in record time, and other girls in the tribal school wanted to follow her – that’s the kind of influence she has. It would have been a shame if they didn’t send her, or let her life wither away in the village. We explained to her parents, that 60 girls want to be just like your daughter – she is that good. If you don’t send her, other girls won’t go to study further so let her be a good role model.” This moved them and they agreed, provided that Vignesh would look out for her and the other children. 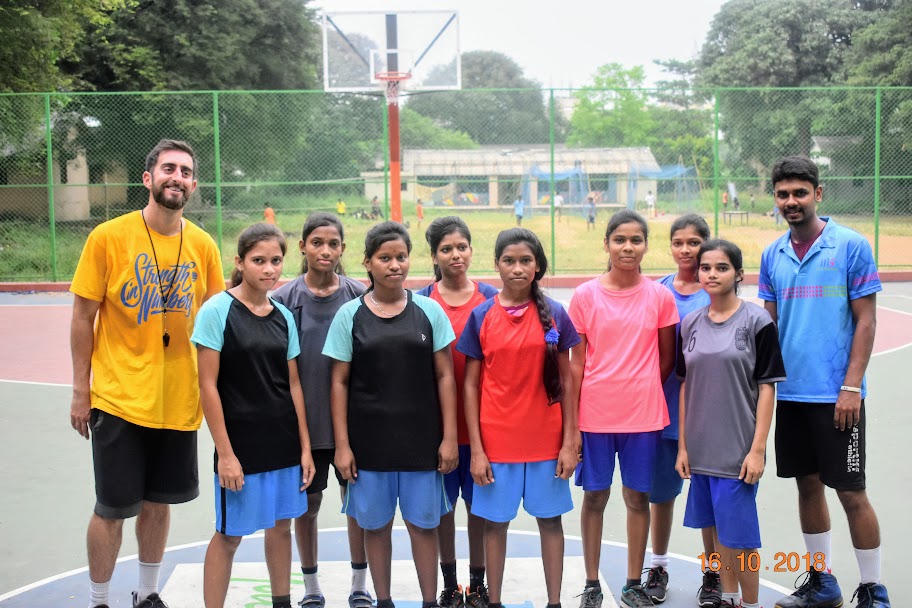 Soon, all the tribal boys and girls came to Panvel to study and became part of a new ‘Pathway to Success’ initiative of Hi 5, which led to many more girls following in her footsteps in the next year. Like a big brother, Vignesh held their hand through this entire process. During the transition to city life, he also made them realize that unlike the clockwork-like schedule of a village school where bells announce your next activity, college life involves being self-reliant and waking up and studying by yourself. Recently, they performed extraordinarily well by defeating a team much bigger in size and winning the District tournament by 15 points.

Reflecting on what he teaches the children about life, Vignesh enthuses, “For the first time I experienced what magic hard work can do. Until I coached the Vajreshwari children, I had never given my 100% to anything in my life. But once I did, I realized that efforts actually lead to success. I always tell the children that in education or in basketball – hard work will always pay off in the end.” 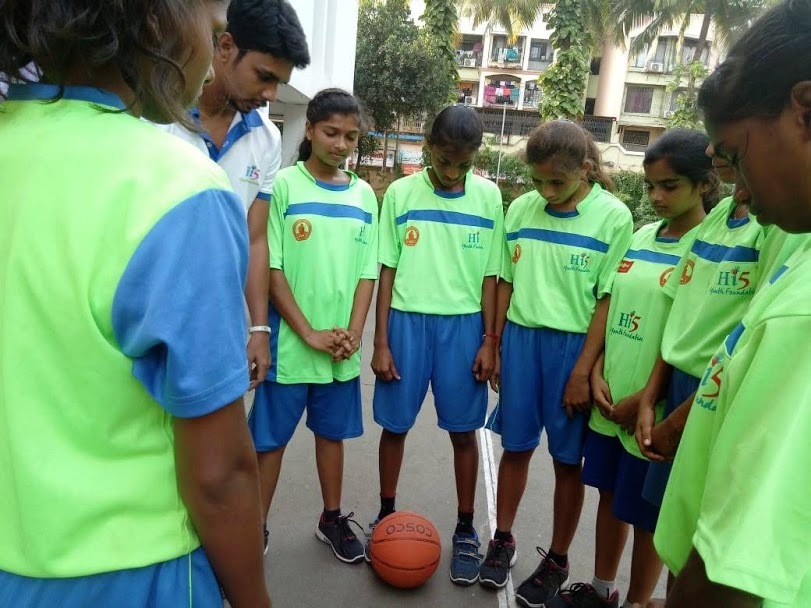 Surprisingly, he recalls one moment quite vividly. “As a student of mine, Poonam was observant & sharp but extremely shy even around other girls and she would not make eye contact with me or even utter a word in response. Once, around 20 days after me coaching in Vajreshwari, I was looking for the ball, I heard a meek voice say “Sir…”. When I looked up I saw it was Poonam who said that! It was such a shock to me and even the other children clapped in delight!”

While most people would remember the wins, it speaks volumes that Vignesh cherishes this one incident in particular. Now if this beautiful moment is something a big brother wouldn’t remember, then who else would!

Our team discovered many government schemes in place for tribal children to avail of, which most uneducated tribal families were unaware about. But that was the easy part – the research. The real ordeal was convincing these parents to let the children take advantage of these benefits.
Vignesh Iyer